This is a placeholder for your sticky navigation bar. It should not be visible.

Developing Sincerity in the Deen

[contact-form-7 id="1824" title="Contact form 1"]
Feedback
This is a debate on the topic of 'The Way Forward for Humanity: Islam or Christianity? between Uthman Badar and Reverend Samuel Green held on March 29 2012 at the University of Sydney in Sydney, Australia, organised jointly by the Sydney University Evangelical Union (SUEU) and the Sydney University Muslim Students Association (SUMSA). Format Initial arguments - 25mins each First Replies - 10 mins each Second Replies - 4 mins each Cross-examination - 10 mins each Q/A - 12 mins each Closing remarks - 3 mins each Connect with Uthman Badar on Facebook: http://on.fb.me/Agq3zk END_OF_DOCUMENT_TOKEN_TO_BE_REPLACED

Contemplation in Ramadan The Value of Thinking before Acting

[contact-form-7 id="1824" title="Contact form 1"]
Feedback
Contemplation, of its own self, has a significant value in Islam. In fact, numerous eminent scholar's of the past, like Sheikh Ul Islam Ibn Taymiyah (ra), linked the importance of using the mind to reach the conclusion that the Quran is the world of Allah (swt) and Muhammad (saw) is the messenger of Allah (swt). Also Imam Ghazali (ra) is reported to have stated in his Ihya Uloom Ud Deen that "an hour's worth of contemplation is better than a year's worth of worship." Ramadhan is a crucial time to ponder over one's life and one's role within this world as a Muslim. Under the physical strain of fasting, one may at times forget to think before acting and, thus, end up regretting his actions. This naseehah highlights the importance of thinking before acting and the dangers that can occur when one falls into such an instance. "Indeed, in the creation of the heavens and the earth, and in the succession of night and day, there are indeed signs for all who possess [awakened] hearts, those who remember Allah when they stand, sit, and lie down and contemplate the creation of the heavens and the earth" [Q 3:190-91] END_OF_DOCUMENT_TOKEN_TO_BE_REPLACED

Christmas and the God of Consumerism

[contact-form-7 id="1824" title="Contact form 1"]
Feedback
Sahih al-Bukhari: The Prophet (SAW) said, "Wealth/Riches does not mean, having a great amount of property ('arad, things on show, paraded), but true wealth riches is self-contentment." This is not just a hadith related to an individual it is a concept at the fundamental level of our Aqeedah, its is the lens through which we see the material world. END_OF_DOCUMENT_TOKEN_TO_BE_REPLACED

Can You Be Good Without God SUMSA Islamic Awareness Week 2012

[contact-form-7 id="1824" title="Contact form 1"]
Feedback
Can you be good without God? Why do we need religion to dictate morals and ethics? Can't I just be a good person without having to believe in God? Sheikh Omar Habbouche addresses these key issues in the second lecture of Islamic Awareness Week 2012 at the University of Sydney, organised by the Sydney University Muslim Students Association (SUMSA). For more information, please visit: Facebook: www.facebook.com/SUMSAsydney Twitter: @SUMSAsydney Website: www.sumsa.org.au END_OF_DOCUMENT_TOKEN_TO_BE_REPLACED
« 1 … 33 34 35 36 37 » 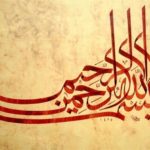 The Value of Destruction to Modern Islamic Scholarship

How the Quran Changed the World

Our Response to the New Zealand Massacre